Sunday, 14 August 2022
You are here: Home You need What? When? – Faculty Researcher’s Administrative Workload 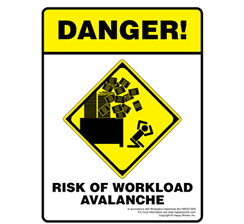 Federally funded researchers in the US report that they spend nearly a quarter of their research time writing proposals and progress reports, with another 20% devoted to pre- and post-award administrative activities, leaving less than 60% of their “research time” devoted to actually doing research. These are among the findings published in the preliminary analysis of results from the Federal Demonstration Partnership (FDP) Faculty Standing Committee 2012 Faculty Burden Survey – a survey of more than 13,000 faculty at 111 institutions to assess administrative workload associated with federally funded research. The 2012 survey is a follow up to an earlier similar FDP study carried out in 2005.

Not surprisingly, managing finances and personnel as well as protocols for the IRB and IACUC top the list of “high burden” activities. Also unsurprising, was the finding that with more grant awards comes a larger proportion of overall time spent on administrative activities – any related work other than direct research. Specifically, investigators reported spending proportionally more time on post award activities as their overall funding levels increased. Comparing the 2005 and 2012 surveys, the reported time spent on purchasing goods and services, financial management of awards, employee management and IP/patent and copyright activities were higher in 2012. Reported time spent developing IRB protocols, on IRB-related training, and on HIPPA compliance decreased in the 2012 survey relative to the 2005 survey. Differences were noted across disciplines – with faculty in the physical sciences and math reporting overall lower administrative workload – and consequently more funded research activity being spent on research – and with faculty in the humanities and education fields reporting substantially higher overall administrative workload – and consequently less funded research activity being spent on research. Further and more detailed analysis of this rich data source is ongoing and will be published in the future.

NSF and FASEB Step into the Mix

Recently, I wrote about the National Science Foundation’s (NSF) Request for Information (RFI) published in the Federal Register seeking input on “Reducing Investigator’s Administrative Workload for Federally Funded Research”. This RFI references the FDP survey as a starting point for many of its questions. Questions the NSF are seeking input on include assessing which specific activities associated with federal grants require the most administrative work for faculty, whether and to what extent administrative support is provided by the researcher’s institution, and which (if any) NSF-specific requirements might be modified to reduce unnecessary administrative workload. The RFI asks researchers to distinguish between federal agency requirements and institutional requirements and asks for input from faculty on some of the ideas put forward by the Office of Management and Budget in their proposed rule Reform of Federal Policies Relating to Grants and Cooperative Agreements; Cost Principles and Administrative Requirements (including Single Audit Act), which was a topic in my InfoEdge article last month. The Federation of American Societies for Experimental Biology (FASEB) has published a survey seeking input from investigators regarding administrative workload. FASEB will compile the results of their survey to use in developing their organizational response to the NSF RFI.

What does all this mean? Obviously, the more time faculty and researchers spend doing administrative activities associated with grants, the less time they have to focus on pushing the boundaries of knowledge forward, their raison d’être. Unquestionably, there are certain administrative activities no one can perform in lieu of the researcher herself. She must write the scientific portions of her proposals, and to the extent progress reports are required, they must be written by her as well. In many cases, there is a delicate balance on the part of the federal agencies who are trying to not overburden the researcher while still fulfilling their obligation to be good stewards of our tax dollars they are spending to support the research. Certainly there is much that institutions do and almost universally more they could do to provide quality administrative support to their researchers. The catch is funding. And many feel the crux of the issue here is the 26% cap on administrative costs in University indirect costs – which is the primary vehicle through which federal agencies expect that faculty administrative support should be provided. Most universities are at that cap and can document that they spend significantly more than that already. Thus, providing additional support to reduce the administrative workload on researchers is a difficult reach. Hence, the primary purpose for the existence of the FDP – and the goal of efforts by the NIH, NSF (via the RFI noted above) and other federal agencies – is to explore options to tackle burden at its source. Rather than throw more resources at meeting the manifold obligations, almost certainly, some of those obligations can be eliminated or made less cumbersome. One effort in that direction is the current proposal from the Office of Management and Budget (OMB) for Grant Reforms, which among many other changes, explicitly notes that administrative support directly attributable to a specific project could be included in direct costs of an award. OMB has extended the public comment period on their proposed grant reforms to June 2, 2013. We only need the will – and the organizing influence of the FDP along with the voices of organizations such as the Council on Government Relations (COGR) and the Association of American Universities (AAU) to prod Congress, the Administration, and federal agencies toward appropriate reform.