Sunday, 14 August 2022
You are here: Home The Politics of Peer Review 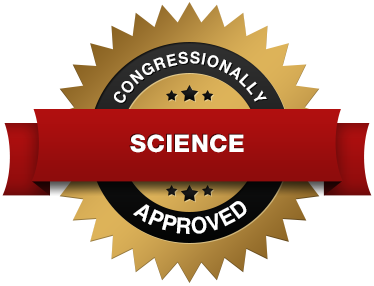 NSF, and the Scientific Peer Review System, Under Congressional Scrutiny

In April 2013, in the course of hearings by the House of Representatives Committee on Science, Space, and Technology, Rep. Lamar Smith (R-TX), the new chairman of that committee, raised the idea of requiring that every NSF application should include a statement on how it “would directly benefit the American people.” According to Rep. Smith, the idea was not to micromanage the NSF, but rather to assure that the $7 billion dollars the agency distributes each year in grant support is well spent.

As highlighted in the Huffington Post, draft legislation for a bill titled the High Quality Research Act proposed by Rep. Smith would politicize the process whereby NSF makes awards by requiring the NSF director to certify its awards are “groundbreaking, important, and original.” According to Rep. Smith, “Congress has a responsibility to review research paid for by hard-working American taxpayers. And I hope that both Committee Democrats and the Obama administration will work with me to ensure that taxpayer dollars fund highest-quality research.”

Rep. Smith also sent a letter to Acting Director of the NSF, Dr. Cora Marrett, noting that “Members of the Committee would benefit from access to the scientific/technical reviews and the Program Officers Review Analysis” for several social science research projects with which he expressed concern regarding their adherence “to NSF’s ‘intellectual merit’ guideline.” This letter, in concert with the committee hearings and draft legislation, raise significant concern regarding the influence of politics on NSF’s award-making process, which is driven by peer review.

Rep. Eddie Bernice Johnson (D-TX), ranking member of the House Science committee, responded to Rep. Smith’s letter, saying, “your letter marks the beginning of an investigative effort, the implications of which are profound. This is the first step on a path that would destroy the merit-based review process at NSF and intrudes political pressure into what is widely viewed as the most effective and creative process for awarding research funds in the world.” She continues with, “Interventions in grant awards by political figures with agendas, biases, and no expertise is the antithesis of the peer review processes.” Rep. Johnson also points out that in response to a requirement in the America Competes Act, and following a National Science Board review process, the NSF implemented new merit review guidance just this past January.

The Science of Politics

“Political science is a subject that doesn’t merit the same investment from tax payers as the hard sciences”, so says Aaron Fobes, spokesperson for Sen. Tom Coburn (R-OK). Sen. Coburn has finally succeeded in his quest to end funding for most or all political science research by the NSF. In the final spending bill for FY 2013 passed in March, NSF received a smaller than anticipated budget cut, but an amendment proposed by Sen. Coburn requires the NSF Director to explain how any political science research awards will “promot[e] national security or the economic interests of the United States”, according to Science News.

Where is this heading, one might ask. Clearly, as stewards of the taxes we all pay as Americans, our congressional representatives have a responsibility to ensure that those dollars are well spent and that they achieve goals that promote the common good. The mission of the NSF, from its original charter in 1950, is “To promote the progress of science; to advance the national health, prosperity, and welfare; and to secure the national defense.”

Peer review is the cornerstone of awarding funds for research by the NSF, NIH, and many other federal agencies and non-federal sponsors as well. It isn’t perfect – nothing is. Congress and the President should decide how much money the US wants to spend to support basic research using tax dollars. Then, those with expertise in the relevant sciences should determine the best way to apportion those funds such that we get the most return on our tax dollars invested. Congressional involvement in the process of deciding which research merits funding necessarily will add the bias associated with political ideology to this already complicated process. As Rep. Johnson put it in her letter to Rep. Smith, “for decades, the world has held the NSF’s peer review process as the gold standard for how scientific proposals should be judged and funded.”