Friday, 12 August 2022
You are here: Home Should a Technology Transfer Office go along with the Crowd? 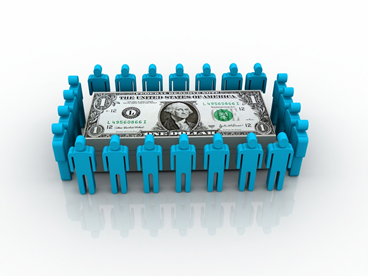 I have been reluctant to discuss crowdfunding, since there are so many conversations going on already.  As a new mechanism for academic technology transfer, it has been the subject of conference sessions, webinars, blog posts, and articles from the New York Times to the Wall Street Journal to Forbes.

The apparent bias toward New York City publications above was purely unintentional.  Although we are technically in the same state, my upstate location is very different from our downstate neighbors.

My thoughts are not specifically about crowdfunding, but whether the prevalence of the conversation is an accurate reflection of its impact on academic technology transfer.

The art of technology transfer is the ability to recognize not only the potential of early stage technology, but also the best mechanism for translation to public goods and services.  That mechanism is dependent on the culture of the institution, as well as the nature of the technology itself.

There is a danger in overlooking an opportunity, and crowdfunding is an exciting opportunity for some technologies that would not otherwise be licensed or able to find venture capital.  As many failed start-up operations will attest, there is also danger in allowing the popularity of an idea to block out a more appropriate business plan.

Much like the drug advertisements that encourage patients to speak with their doctor, the conversation around crowdfunding should be seen as a reminder that the mechanism exists.  The technology transfer office needs to be aware of all options, especially emerging opportunities, and prescribe the right one.