Tuesday, 29 November 2022
You are here: Home Science in the Public Eye 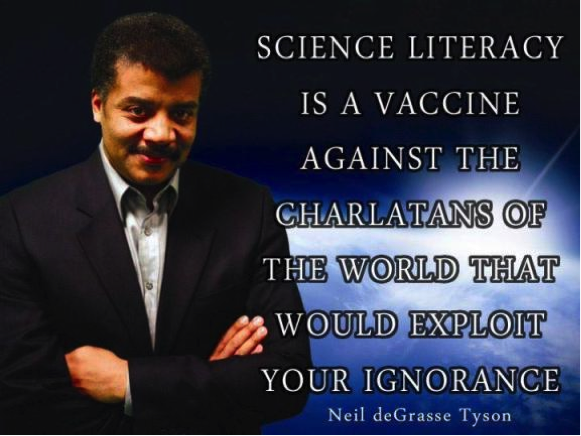 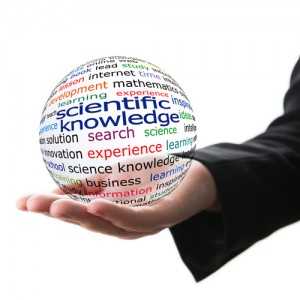 What do we know about Science?

The PEW Research Center in concert with Smithsonian Magazine evaluated the knowledge of US adults on basic science concepts as well as their opinions and perceptions about science and math education in 2013.  They found that “[t]he public’s knowledge of science and technology varies widely across a range of questions on current topics and basic scientific concepts.”

Science permeates our daily experience. Yet, the public at large, including – and perhaps in particular – the American public, may lack the necessary civic scientific literacy to effectively understand and evaluate this news. Jon Miller, a researcher at the University of Michigan and Director of its International Center for the Advancement of Scientific Literacy, has been tracking changes in scientific literacy in the US since 1988 with funding from the NSF and other sponsors. As noted in Phys.org, Miller found that in 1988, just 10 percent of U.S. adults had sufficient understanding of basic scientific ideas to be able to read the Tuesday Science section of The New York Times. By 2008, 28 percent of adults scored high enough to understand scientific ideas at that level. According to Miller,

“Despite the improvement, the American public has a long way to go, America’s democracy depends on having a larger number of scientifically literate citizens. Today’s political agenda includes debates over global climate change, embryonic stem cells, future energy sources, and the possibility of a viral pandemic. And as the twenty-first century progresses, scientific issues are only likely to become more prominent features of the political landscape.”

“Science is a way of equipping yourself with the tools to interpret what happens in front of you,” according to Neil deGrasse Tyson, director of the Hayden Planetarium and a tireless advocate for science literacy.

How do we learn about Science?

A key component of scientific literacy is the ability to think skeptically. In his 1995 book The Demon-Haunted World, Carl Sagan explored this concept and presented a set of tools he called the ‘baloney detection kit’ for detecting fallacious arguments. Sagan described science as “…a way to call the bluff of those who only pretend to knowledge. It is a bulwark against mysticism, against superstition, against religion misapplied to where it has no business being.”

Recently, we have seen Bill Nye the Science Guy, debating the age of the universe and evolutionary theory with Ken Ham president of the Creation Museum, and confronting Rep. Marsh Blackburn on climate change on Meet the Press. Nye has been criticized for participating in events like these. Aside from the possibility of ‘losing’ such a debate, engaging in them can lend credibility to an idea that is contrary to the consensus among those with direct knowledge of the topic. Nye deflects this argument, contending that open discussion is critical to public understanding of the danger of educating our children with anti-science.

The public becomes educated about science in many ways including formal education, and in particular higher education, debates, websites, books and magazines. The UK charitable trust Sense about Science is focused on ‘equipping people to make sense of science and evidence. Their Ask for Evidence campaign kicked off in the US in February at MIT. Several well known publications exist with the general goal of bringing science and technology information to the public at large including Scientific American, Discover, AAAS’s Science, and Nature. Some newer entrants in the field include the Howard Hughes Medical Institute’s Bulletin, and the Wellcome Trust’s Mosaic, which just began publishing last month. Even on YouTube one can find a wealth of science information; many YouTube channels have a science orientation including the aptly named Science Channel.

The problem may not be a dearth of information; rather, it may be too much information – or at least too many sources of information and too many facts that that are brought to the table. Regular readers of my posts may recall a discussion of motivated reasoning in an earlier entry. The general idea is that the more cogent an argument one makes, the less convincing a person may be to those starting with a different opinion. Throwing facts at people that dispute their current views may not be all that helpful in encouraging productive debate and changing minds. Many, perhaps even most, websites on controversial issues tend to do this – see, for example, The Consensus Project, although I don’t mean to be picking on them in particular – and that may not be a winning strategy. It’s about building the facility for healthy skepticism in the minds of our children, friends and family so that they will seek out answers and not take the first thing they hear for granted.

Admittedly, this can be challenging. I recall a conversation with my mother after I started college. During a conversation, it became clear that my opinion on some topic varied widely from that of my mother on the same topic. She instantly concluded that ‘strange ideas were being put into my head’ at the University. She was right – I was learning to think critically about things that I had taken for granted for much of my youth and, inevitably, was coming to at least a few different conclusions.

What’s a Research Administrator to do?

Research administrators work closely with scholars of many disciplines, although, due to the nature of grant-supported extramural research funding today, many of us tend to work with investigators in biomedicine, physics, chemistry, engineering and the like. That puts us close to science and scientists, but neither guarantees that we are science literate, nor that we work to encourage science literacy in our children and colleagues. We have all had the uncomfortable experience of trying to explain to family and friends what it is that we, as research administrators, spend our days doing. Perhaps in the future, we can use those opportunities to encourage science literacy by explaining that we help scientists and engineers find and manage funding to support their efforts to expand our knowledge of biology, medicine, and the world around us thereby reinforcing the value and significance of this work.