Sunday, 14 August 2022
You are here: Home Nothing Attracts Our Attention Like Blood 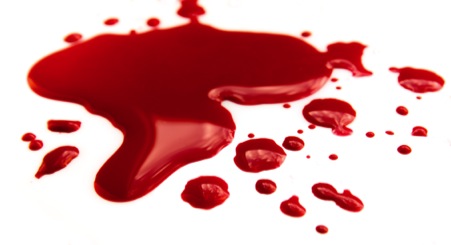 Several recent articles called my attention to a story out of the United Kingdom.

Just over 30 years ago, a researcher named Ian Shanks produced a report on “new opportunities offered by product sensors” including “monitoring glucose, insulin or immunoglobulin levels in diabetics”.

Ian Shanks subsequently developed and disclosed an invention where a blood or urine could be drawn by capillary action into the thin gap between slides with “etched or printed planar electrodes” and use electrochemical methods to measure glucose concentrations.

The invention developed into the multi-billion dollar glucose monitoring industry.

Ian Shanks was employed at the time by Unilever UK Central Resources Ltd and assigned his invention to his employer as required under 39.-(1) of the UK Patents Act 1977.

39.-(1) Notwithstanding anything in any rule of law, an invention made by an employee shall, as between him and his employer, be taken to belong to his employer for the purposes of this Act and all other purposes if –

The question was whether Ian Shanks was fairly compensated for his invention.

Unilever maintained the Shanks patents, and carried out some additional research in glucose testing, however the focus of the business was in the field of pregnancy and fertility.

21. Unilever’s main purpose in having patents was to use them to protect an actual business. Cross-licensing of unexploited patents was of secondary importance and out-licensing was third.

Various companies in the field of blood glucose testing approached Unilever between 1992 and 2002 to obtain non-exclusive licenses, for the remaining duration of the patents.

Working through multiple agreements and subsequent acquisitions, a hearing officer determined that the cumulative benefit to Unilever was £24.5 million.

31. Both sides challenge the hearing officer’s conclusion that the benefit which Unilever derived from the Shanks Patents was £24.5 million.

The decision of the Divisional Director acting for the Comptroller-General of Patents, and ultimately the decision on appeal from the England & Wales High Court of Justice, however, hinged on interpretation of 40.-(1) of the UK Patents Act 1977.

40.-(1) Where it appears to the court or the comptroller on an application made by an employee within the prescribed period that –

(a) the employee has made an invention belonging to the employer for which a patent has been granted
(b) having regard among other things to the size and nature of the employer’s undertaking, the invention or the patent for it (or the combination of both) is of outstanding benefit to the employer, and
(c) by reason of those facts it is just that the employee should be awarded compensation to be paid by the employer

In this case, the key factor was (b).

71. In my judgment, it is clear both from this passage and from his subsequent reasoning leading to his conclusion in [222] that the hearing officer did not make the error he is accused of. He did not decide that Unilever was too big to pay or that no benefit could be outstanding however large because of the size and nature of Unilever’s business. Nor did he decide that £24.5 million was not an outstanding benefit simply because it was an arithmetically small sum compared to Unilever’s profits over the same period. On the contrary, the hearing officer undertook a multi-factorial assessment which including having regard to the size and nature of the relevant undertaking, as the statute required him to do.

Ian Shanks was therefore not entitled to any additional compensation under provisions 41.-(1) through 41.-(9) of the UK Patents Act 1977.

While this case involved an employee and employer in the United Kingdom, and the final decision was dependent on interpretation of the law in that country, it raises for discussion many of the same issues faced by Technology Transfer offices in the United States:

• When a researcher is hired to invent, what is their expectation for institution support, and additional compensation?
• Would the benefit have been different if the institution had taken a more active approach in licensing the technology?
• What is the responsibility of the institution with respect to an individual technology, when that technology is outside of its normal field of expertise?

Technology Transfer is highly speculative, and there is an art to balancing efforts in the best interest of all of the stakeholders. Since no one can know with certainty the future benefits of a specific technology, how an institution communicates its intentions may be at least as important as any terms that are negotiated.