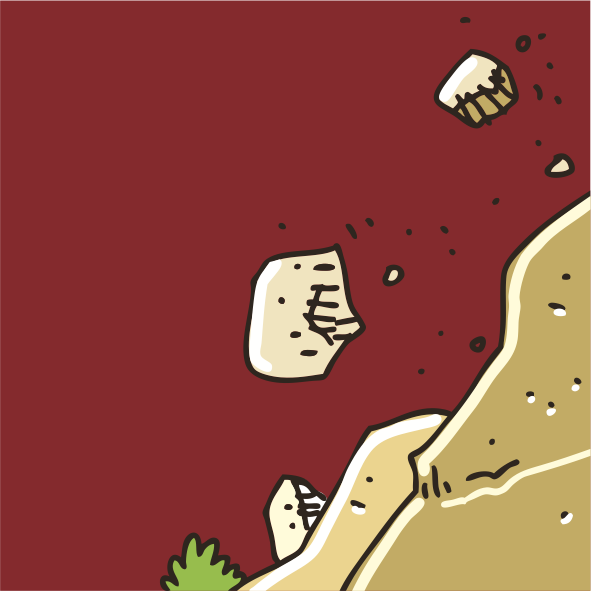 It runs sideways too 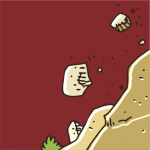 The other day I woke up to a real mess in my family room. There were streaks of something all over the floor that were absolutely not there when I went to bed. These were very random with no discernable pattern that I could detect.

The color was also very disconcerting. It was brown and we have dogs. I naturally feared for the worst and began to investigate.

There was a “Thank God” moment when I identified the culprit. My son who is a gadget geek had purchased a vacuum that runs automatically. Vacuuming as it goes about its business. You have probably have seen these robots that move aimlessly around the room as they clean, turning around only when they hit something or come close to it.

The machine had come across a chocolate pudding cup that must have been left on the floor by one of my grandkids.

The mindless vacuuming drone that was supposed be helping us to keep the house tidy could not vacuum the pudding up and instead pushed it around leaving a trail in its wake. They surely don’t describe this type of issue to you when you are watching the infomercial at 2:00 am or reading about this life changing device in a Sky Mall catalog.

I got over the shock of what lay before me while at the same time I was very thankful it was not a present from the dog being dragged around the family room. Imagining what the worst case could have been I chuckled thinking that waste does not just run down hill but could run sideways as well.

I have, as I suspect others have, seen where situations that fit the expression come up. Awkward positions to take that have come down from above. Something needs to get done and your superiors, or other higher ups, (e.g. governments) throw the “dirty” work down upon you. As of late I have seen a lot of these situations occurring however the source is not the people that you may be accountable to but rather it seems to be coming from your peers.

This could also be a spin on, or maybe more a more dramatic version of the hot potato expression where something gets passed around very quickly from person to person where no one wants to have it remain in their possession.

The most common example I can think of for this phenomena can begin with a rumor. Someone hears something that is presented to someone else as fact. The unknowing target starts reacting as if it is real proactively defending themselves from the impending down hill flow that they are convinced is coming.

Well it may never come, or never seems to come as presented. In these cases you want to assume the brown devil was not being created maliciously; the resulting sideways flow is the same in either case.

One instance was when someone heard that all dates in their paper files had to be converted into international format to eliminate confusion. They were doing more and more work with foreign institutions and there was a lot of ambiguity around dates. Dates presented like 4/12/2014 could be read like April 12th or December 4th depending upon what side of the pond you were on for example.

He started this onerous mission to get all of this done before the task came down from above. As anyone who maintains paper files would know this is not a trivial effort. He was not alone. The source of this blind task (an office mate)  was also changing their files as well.

As it turns out this task did come down from above but only for the international contracts not all of them as this person heard. Well the international agreements, while growing, represented a very small part of their portfolio.  These two individuals had started auditing and changing ALL of their files. It had flowed sideways.

You can probably all come up with many example of this; I see them most every day. They might be described as rumors but are not that fleeting. People can be very convincing.

So don’t be like the vacuum that dragged a dark mess all around the room. Be aware of what you are doing and more specifically where your tasks came from. Robots have not replaced us yet. Work hard, but also smart, to make sure they don’t.