Tuesday, 18 January 2022
You are here: Home Developing an Industry of Research around the Research Industry 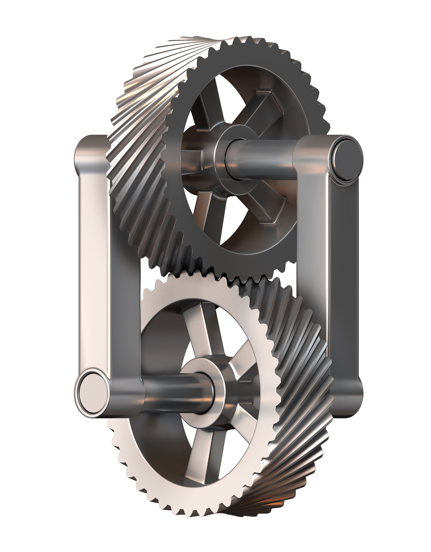 Ongoing debates over the allocation of government funding have certainly contributed to the visibility of information on the economic impact of sponsored research, not to mention the proliferation of mechanisms dedicated to delivering the message.

Association of Public and Land-grant Universities (APLU) President Peter McPherson issued a statement in August regarding the introduction of the America COMPETES Reauthorization Act of 2014:

Strong investments in federally-funded research, much of which occurs at public universities across the country, are critical to closing the innovation deficit and ensuring long-term economic success.

Association of University Research Parks (AURP) posts a collection of economic impact studies on their web site, supporting annual impact statements at individual parks in the billions of dollars. Each month, organizations such as NCET2 and GUIRR host webinars where universities share their developments.

The emphasis on financials is in many ways a response to political pressure. An article in the October 24 edition of The Chronicle of Higher Education discussed the latest review of National Science Foundation grants by the U.S. House Committee on Science, Space and Technology. Lamar Smith, Chairman of the committee has targeted specific individual grants for scrutiny:

We all believe in academic freedom for scientists, but federal research agencies have an obligation to explain to American taxpayers why their money is being used on such research instead of higher priorities.

The political pressure is not restricted to the United States. An article posted August 24 on The Conversation noted:

(Australian) Industry Minister Ian Macfarlane suggested that the funding of research grants to universities should be decided on the basis of the number of patents generated rather than the number of academic papers published. He said this was something other countries were already doing, and he was more interested in producing jobs than producing papers.

An independent review conducted by Sir Andrew Witty recommended that research universities in the United Kingdom should assume an “explicit responsibility” for economic development:

Recommendation 1. Universities have extraordinary potential to enhance economic growth. Incentives should be strengthened to encourage maximum engagement in an enhanced Third Mission alongside Research and Education, and universities should make facilitating economic growth a core strategic goal.

While these objectives are easy to understand, there are nuances that create challenges for institutions attempting to respond in the same political terms.

First, even the economic benefits of research programs can be difficult to quantify. An article published earlier this year in the journal Technology and Innovation reviewed how the activities around academic research have both direct and indirect economic benefits.

Calculating a numerical direct return on investment for technology transfer can be complex and difficult if all the tangible and intangible benefits highlighted in Table 1 are considered, but it cannot be denied that individuals, communities, and the US stand to benefit directly from a vibrant technology transfer industry. However, the stool upon which success must rest has more than one leg, and the best opportunity for reaping the benefits arises when all the components come together and are present and supported.

Second, it is hard to explain that most sponsored research is not intended to develop a specific product, but to develop a base of knowledge, which may direct subsequent efforts to resolve a specific problem. As mentioned in The Chronicle of Higher Education article (as well as my own prior blog entries) research taken out of context is subject to misinterpretation:

In cases where research topics might not show obvious value to a layperson, the agency has taken the time to explain the underlying purpose of its studies.

One heavily publicized example cited by Congressional Republicans as wasteful involved NSF-sponsored research that included video of shrimp on a treadmill. Less publicized was the value: investigating the effects of low oxygen levels on marine life, an increasingly common problem with significant economic implications.

Lastly, politicians generally focus on the short-term, since their continued employment may depend on their ability to produce tangible benefits between election cycles. The benefits of research, however, are often not realized immediately. In a 2001 interview, Ralf Pettersson, former chairman of the Nobel Prize Committee for Physiology/Medicine, pointed out that Nobel prizes are often awarded for work that was done decades earlier, but the impact of which was only recently realized:

Nobel Prizes do not necessarily reflect the direction in which science will be moving in the future, because the present prizes are awarded for discoveries made between the 1950s and 1990s. Thus, the prizes are often given for discoveries made quite some time ago. Although the will of Alfred Nobel states that you have to award a discovery made in the previous year, we have only once or twice been able to live up to this. We want to be sure that the discovery is of sufficient importance and that it withstands the test of time. And that takes time.

As in the past, awarding Nobel Prizes will always depend on discoveries that establish new concepts, open up new lines of research or, in some cases, develop a new powerful technology that changes the course of science. The essence of the Nobel Prize is—and not all people realize this—that we go up the river to see where the river started. We want to award those people who really made the crucial, eye-opening discovery.

I can personally vouch for the fact that the benefits of research may not be seen until many years later.

While conducting research for my degree, there was no way to foresee that the experience that I gained working in the warm, yeasty environment of the fermenting lab at 2:00 in the morning would prove valuable for the first several years of parenthood…