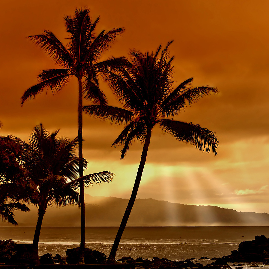 I was watching a movie, which you would have not expected to have anything poignant to say, when one of characters said “It’s hard to fill a cup that is already full”. This concept of course is not new but it helped describe something that I observed a few days before at a conference I was attending. I arrived at the hotel after a lengthy couple of flights from the East Coast to the West. The journey began with your standard airport check in followed by wading through security, the cattle line while passengers carefully selected their seat and found the optimal receptacle for their carryon luggage, perusing the airport gate while waiting for the next flight and gaining my seat again.  After landing I sought out the rental car desk, waited there and with the contract in hand roamed out to the lot to find my full size Chevy amongst all the other full size Chevys.  Managing to pull out of the airport lot I somehow made my way to the conference hotel battling traffic and navigating the unfamiliar congested roads to arrive at my destination where I waited again to register at the hotel and trek to the room that was not in the main hotel building and required a bit of a walk dragging by bags. These twelve hours left me feeling exhausted and I did not even have the energy to lift my suitcase onto the stand to start unpacking. I was mentally drained from polishing my presentation as I made my way across the continent which I wasn’t pleased with as somewhere over Oklahoma I had hit a wall and was drained of the mental fortitude to continue revising it.  My “cup” was full and what was in that “cup” was not something I wanted to drink. I walked onto the balcony to get some air only to discover that my room overlooked the Pacific ocean. Watching the waves beat on the shore with seemingly no discernible rhythm with the ocean breeze swirling around me I honestly don’t remember even sitting down but after probably an hour or so I was so relaxed it was like the previous twelve hours never happened.  I felt like I had just woken from a perfect night’s sleep and I was speedily able to put the finishing touches on my presentation and thus put my mind at ease. Some presentations were starting up later that day but somewhere over Death Valley I realized there was no way I was making those meetings but after my jaunt on the balcony I caught my second wind and freshened up to head over to the conference area. Later that evening I was grateful that I was able to attend some sessions and absorb the content that I would have assuredly missed. I always knew that placing a conference at a popular location would greatly increase the attendance, I have certainly attended and planned enough events to be keenly aware of this. Many who attend conferences get a chance to visit places that they surely might not visit otherwise as a result of factors such as time and money. I realize that the vast majority of places I have been able to go were the result of business trips. The benefit of a desirable destination is what I would call “The Energizer Effect” and I was able to glean this first hand from the day I had had. In that environment I was productive like I was not able to be before. I was alert where I would not have been elsewhere. I was able to communicate better and absorb more I am confident because of the location, I was in a better place both literally and figuratively. I now see “exotic” destinations under a new light (or at least an additional one) where one can rid their “cup” of foul sludge and clear the way for the prospect of professional growth. This year our User Group Meeting is in Orlando, Florida at the gorgeous Wyndham Grand and I am confident we will have a productive session as it is hard to be near the most magical place on earth and not have a smile on your face and your “cup” filled as you unconsciously hum “It’s a Small World”  walking from one session to the next.