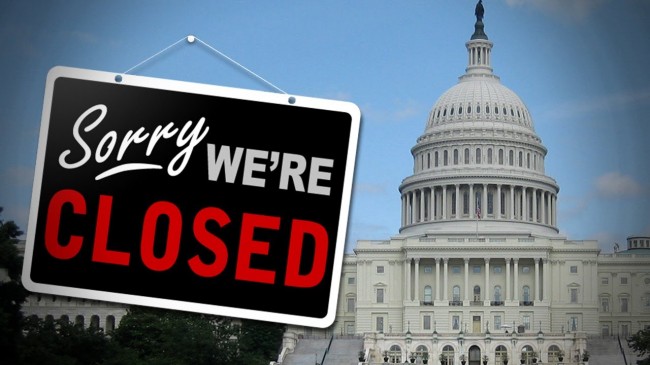 Like many of you, I have been eagerly and anxiously watching all of the changes in our government as of late. Most of these recent changes are not trivial, especially to the research administration ‘world’ and I am finding it a challenge to strategize and maneuver in response.

As I tried to quantify all of this in my head, one thing kept ringing true which is that research administration is a bit of a game. I love analogies. Sometimes they help me communicate in a way that I am more assured that people are going to understand the points I am attempting to make…

The 2013 Proposal Season was clearly off to a rough start. Even though we waited to see if the Federal Sponsors were going to get locked out by their owners, many of us just did not think it would really happen. All we could do was hope it would all be worked out without affecting the 2013 season.

For those of us that are not new to this game, we will recall other interruptions in the games in previous seasons.

We remember the NSF stadium collapsing down around all the “submitters” who we forced to sit inside it. Even though we were assured it would not do so, it did just when everyone was mandated to started attending the games.

Not learning from that fiasco, grants.gov stadium also collapsed when it opened up and attendance was mandated. Even though it was a dome and designed to hold more extramural players and federally sponsored teams, it too could not hold their weight.

Opening day of the 2013 season started out rather normal. However there still was the looming possibility that the Feds, who sponsored these teams, would not agree on budgets and there was a fear that teams would be locked out.

Indeed the budgets were not agreed upon and many of their teams got sidelined while a few were able to play. Some teams like DOD, CDMRP, and others were allowed on the field while the popular ones like NIH and NSF remained locked out.

Each year the Research Administration team practices for the fall season at their summer training camp. They take the advantage of the off season when the Investigating crowd was away. You pray, as you always do that your team does not have any unexpected injuries like medical leave or unplanned vacation time during the fall season.

During the summer training camp, the teams formed new plays based upon last year’s seasons. Adjustments always seem to have to be made to remain compliant with the new rules each season brings. This summer was no different as previous years’. However it was particularly challenging this year because new office budget caps were put in place by the sequestration police. In some cases teams were forced to play with less players. They were expected to perform at the same level regardless. The NIH team, who they are accustomed to playing against, also mandated that some of the paper balls become electronic. They assured all the teams that everything would be fine because they would ASSIT them.

Research Administration teams were always forced to play against all the Federal teams at once. The RA teams are accustomed to pleasing and delivering correctly formed proposal balls to the correct federal teams. This year was no different in this respect, however things got much more hectic when balls kept coming even after the lock-out started. The balls could not be handed off because some of the feds’ teams were side-lined. There was also no way of knowing when those sidelined teams would be granted permission to play again. There was no way of knowing when their seasons would resume.

The submitting fans were getting more and more restless. This game, that we all used to know how to play, has just morphed into some kind fast and furious gladiator match where your team must huddle in the center of the arena while the players do their best to thwart off everyone charging onto the field, ward off everything being thrown at them.

Some threw balls somehow expecting the federal teams would step onto the field just for them. These patrons were getting more and more vocal. In some cases, they turned to their home Research Administration team for explanations that were just not to be had.

Many others rushed the field expecting different answers…

Will I be able to drawn down to collect the prize money already awarded me?

When (and if) the feds start playing everyone again, will they pay it all back at once to get caught up? Or will they just pay it back at the same speed as before with no consideration for their self-imposed time out thus creating a gap in my awarded prize?

Will the rules have changed?

What will the new rules be? And/or when will the old rules be reinstated?

Do my cooperative agreement teammates have to leave the field letting us carry the ball on our own?

Even though you and your team are very nimble, the season isn’t over yet and everyone is getting tired. You have no control of timeouts or the length of the rounds because you just can’t predict anything.

Once the lockout ended, the NIH and NSF teams’ seasons started to play again. However, when these teams got back on the field, no one knew the dates when the deadlines for the tickets could be used. It is further complicated by the fact that each opposing team of sponsors is getting back into the game in different way.

Some teams are just letting the seasons unfold as they normally would, just ending later as a result of the lock out. Others are trying to speed up the schedule so the season ends on time even with the big gaping hole left in the middle of it.

The irony here is that the Federal teams seem to be completely immune from penalties. They never get called out for illegal formation of XML documents. When they have problems getting to the game on time, nothing happens. If you show up to the game late, the gates come down and you are locked out.

There is also worry that cash awarded from last year season will not be paid out on schedule. Research Administration teams may have to sell more beer and hot dogs to bridge the gap to fund their teams as a result of these delays. The free agents you subcontracted with also seem unwilling to acknowledge your injuries even though they have the same ones and expect you to pay on their contracts.

Needless to say, while the season end is fast approaching, hope reigns and there is some optimism that it will finish well.